Wool garments and textiles are naturally odour resistant due to the fibre’s unique properties. Wool fibres can absorb large quantities of water vapour – twice as much as cotton and thirty times as much as polyester – helping to keep the skin drier and prevent the build-up of sweat, bacteria and unpleasant smells. The unique chemical structure of wool also enables it to absorb and lock away odours which may develop, and only release them on washing.

Wool has a number of unique moisture management properties that allow it to minimise the effects of body odour:

Athletes such as mountaineers, who wear clothing for long periods without washing, report less odour build up with wool apparel than with synthetics. Merino wool’s properties make it ideal for next-to-skin items such as underwear, base-layers, socks or T-shirts. Wool is suited for sports and travel as it can be worn multiple times without laundering and stays fresher for longer. 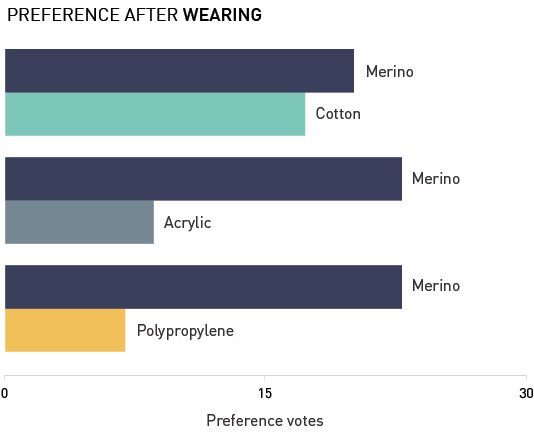 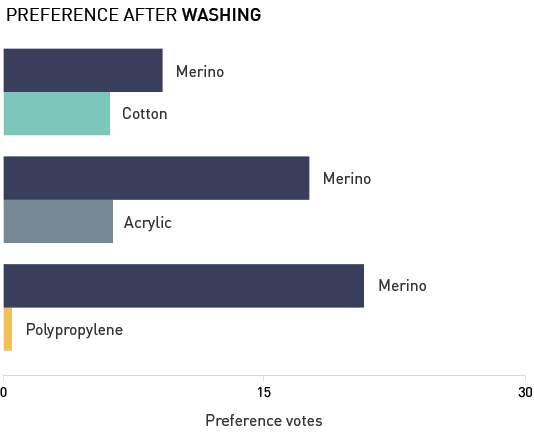 Perspiring is a natural way the human body regulates its temperature, especially in response to hot conditions or strenuous exercise. During exercise, our bodies can release one to two litres of moisture per hour. However, high levels of perspiration lead to liquid sweat which is the driver of body odour.

Sweat itself has no odour, but if it remains on the skin, the humid environment is perfect for bacterial growth, leading to body odour. Wool’s natural breathability helps defer the onset of liquid sweating, which keeps the skin drier. Less breathable fabrics such as many synthetics will cause the wearer’s skin to become moist, encouraging bacterial growth and odour development.

Wool fabrics are less odorous after wear than fabrics made from other natural or man-made fibres, such as cotton and polyester. Research has shown that high levels of odours persist in unwashed polyester clothes, but odour levels remain low in unwashed wool clothes. One New Zealand study which involved 13 skilled olfactory (smell) assessors found that wool fabrics on average retained 66 per cent less body odour intensity than polyester fabrics and 28 per cent less than cotton fabrics. 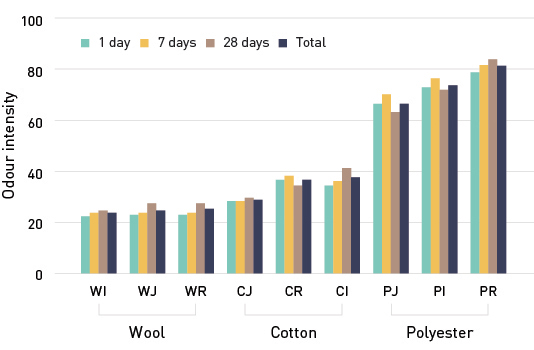